A storied place
The history of Hatley Park is made up of many stories.

It's a place of forests and bountiful ocean, where the Xwsepsum (Esquimalt) and Lekwungen (Songhees) people have thrived since time immemorial.

It's where James and Laura Dunsmuir built a 40-room, Tudor-inspired mansion.

In the 1940s, it was part of the war effort, where junior naval officers trained, and grew in stature to become Royal Roads Military College.

A sense of place

Not far from Victoria, the capital of British Columbia, the place we call Hatley Park has been cherished and cared for by people with a strong connection to the environment.

From the Xwsepsum and Songhees peoples who have lived on these lands for thousands of years to today’s students, who join us from all over the world, the people who spend time at Hatley Park treasure and respect the land and the sea.

The natural landscape inspired James Dunsmuir’s vision for a baronial country estate. After purchasing the property in 1907, he commissioned celebrated British Columbia architect Samuel Maclure to build Hatley Castle. It would be a grand home for James and his wife Laura to entertain local society, raise their children and enjoy a tranquil retirement.

A place for learning

In the 1940s, with Canada at war with Germany, Hatley Park served as a training site for naval sub-lieutenants.

After the war, the site expanded its military and naval training spaces and services. It became a place of higher learning, too, offering a four-year degree program, before closing in 1995.

Royal Roads University was established in 1995 to provide life-changing education for students of all ages and stages. The blended model of online and in-person education was a Canadian first.

For more than 25 years, RRU has delivered programs that call students to transform themselves – and the world.

Learn the storied history of our designated heritage site.

Discover artifacts from Hatley Park's past. 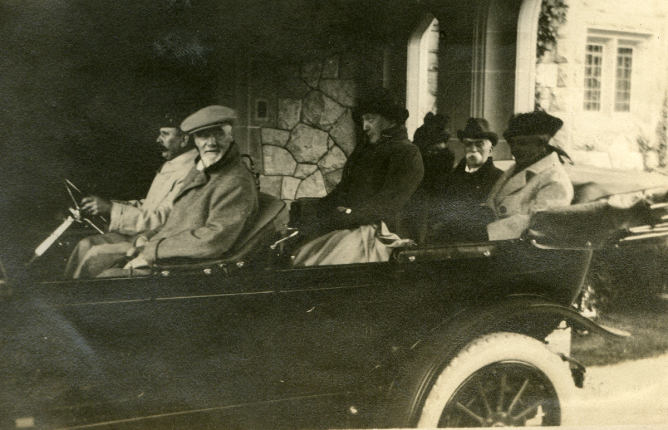 We’re proud of our history as we look to the future. Visit our online archives to learn more.